we would like to introduce to you the product Cashew LWP – Pure Vietnam Cashew Nuts.

Cashew nut LWP grade (or: scorched whole cashew LWP, cashew LWP) is a large, beautiful, white, whole-grain cashew that has between 300 – 320 nuts/pound (660 – 706 beans/kg) and is known internationally as LWP cashew.

Many studies have shown that regular daily consumption of cashews can bring many health benefits, which in the long run will improve one’s overall health. The LWP standard cashew nut is a very popular and cheap cashew nut suitable for many people, very good to eat directly every day. Cashew nuts help prevent cardiovascular diseases, reduce the risk of diabetes, help prevent cancer, promote RBC formation, promote bone and dental health, reduce the risk of anemia , prevent gallstones, strengthen the immune system… Because of the great benefits that cashews bring, they are being consumed a lot. 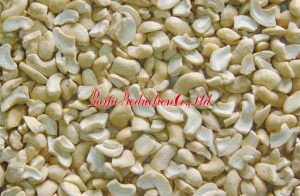 We have been exporting to many countries for over 10 years and have been prefered by domestic and foreign customers, such as Switzerland, Germany, Spain, France, Belgium, Netherlands, Russia, Czech Republic, Canada. , Mexico, Taiwan, South Korea, United States., etc.

New technology with no additives, no preservatives, sterilized by heat machine, no any chemicals.